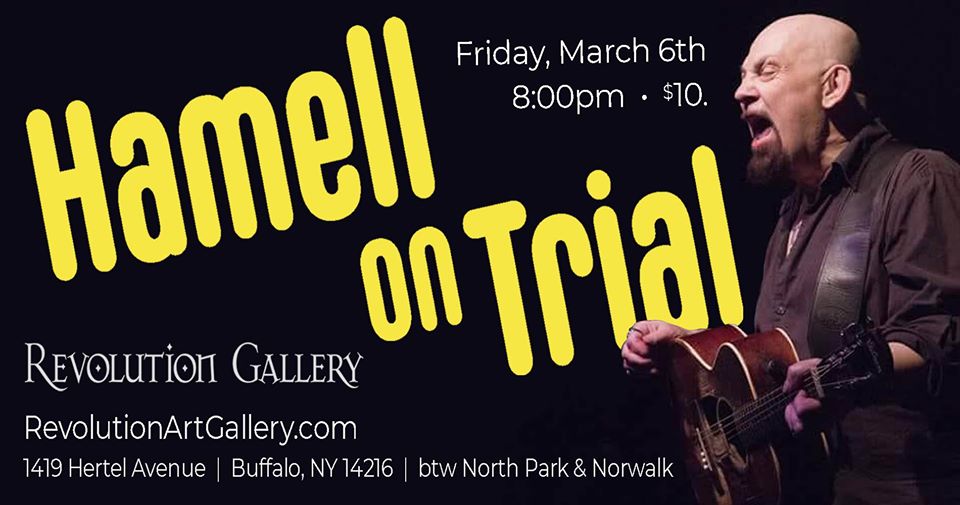 Hamell On Trial makes a stop at Revolution Gallery during his cross-country tour – his dynamic performance is informed by politics, passion, intelligence and the all-important sense of humor.

Hamell on Trial is the musical alias of New York-based folk punk hero Ed Hamell. A one-man explosion, he is loud-as-war one minute, stepping off the microphone to whisper to an enthralled audience the next. His caustic wit and devil-may-care attitude has long been a favorite of anti-establishment icons Aesop Rock, Kimya Dawson, Ani DiFranco, and the critical elite inciting Rolling Stone magazine to call him “Bald, bold and superbad!” Henry Rollins says “Hamell is a one man rock show!” He has been described as “Bill Hicks, Hunter S. Thompson, and Joe Strummer all rolled into one” by Philadelphia Weekly and a “one man Tarantino flick: loud, vicious, luridly hilarious, gleefully and deeply offensive” by the Village Voice. Lauren Clifford will open!