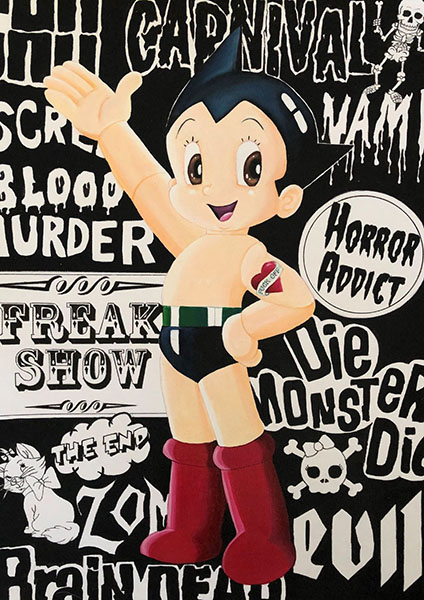 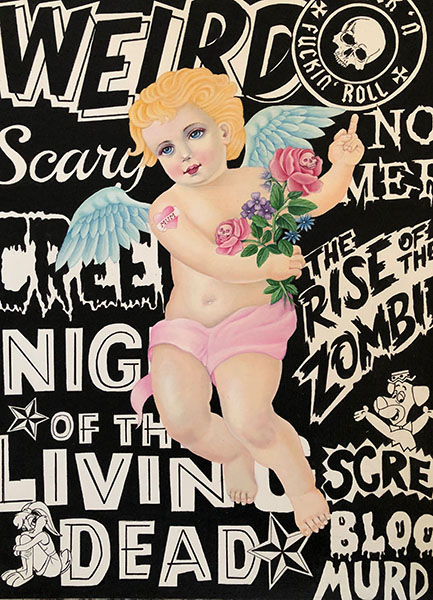 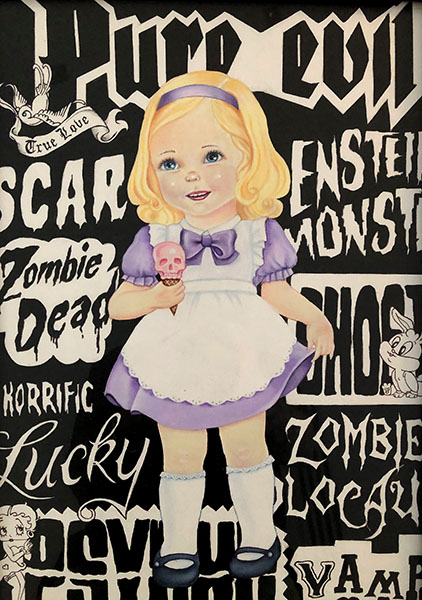 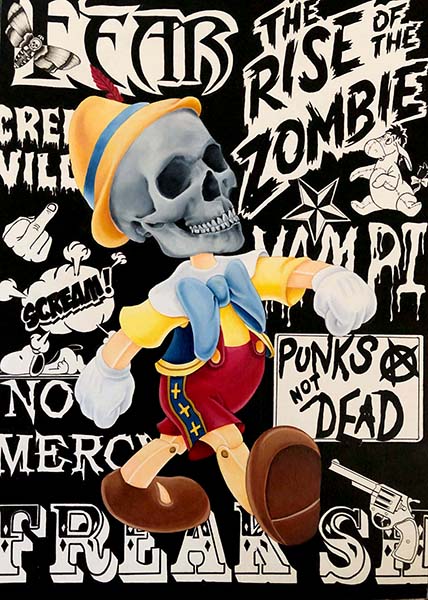 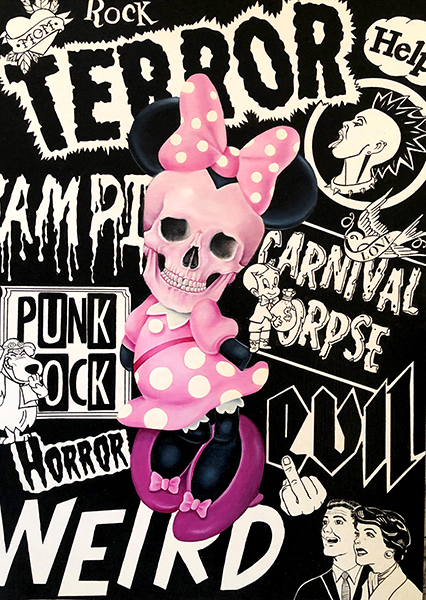 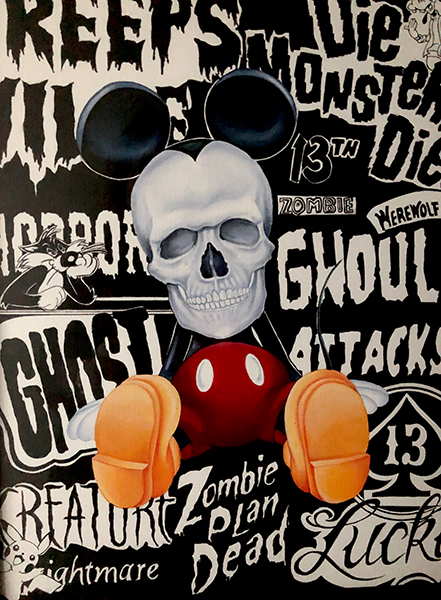 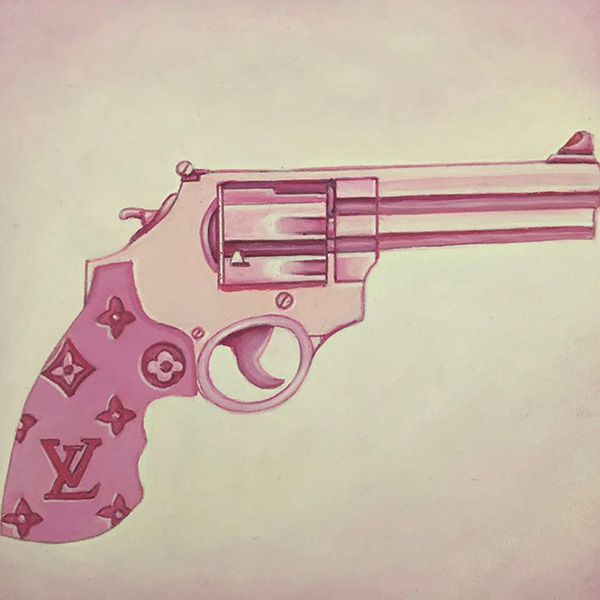 Kerri Hobba is an Australian born, self-taught artist, presently residing in Queensland, Australia. She works primarily with acrylic paints, ink, graphite or polychromos pencils. Her love of animals has led her into a commissioned career of both realistic and whimsical animal portraiture. In her alternate world, she enjoys gore and misery, so long as it is not her own, and her bespoke series of Sad Girls have been adopted around the globe. She has recently completed a satirical Pop Culture series painted on doilies. Her nanna would be proud.

Currently, she has collaborated with International Fashion label, Dogstar, in an upcoming anniversary collection featuring insects.

After becoming disillusioned with the art world in her younger years, she took a long hiatus and studied a variety of unfinished degrees, including Communications, Social Work and the superbly titled course, Death and Dying, before finally coming to the realization that studying was not for her.

During this time, her passion for art was slowly re-ignited, she grew a thicker skin and decided to venture forth once more into the creative world. She has recently held successful solo exhibitions in Brisbane, participated in group shows throughout Australia and the United States and is an active animal advocate through raising awareness and much needed funds for charities and organisations with her animal portraiture.