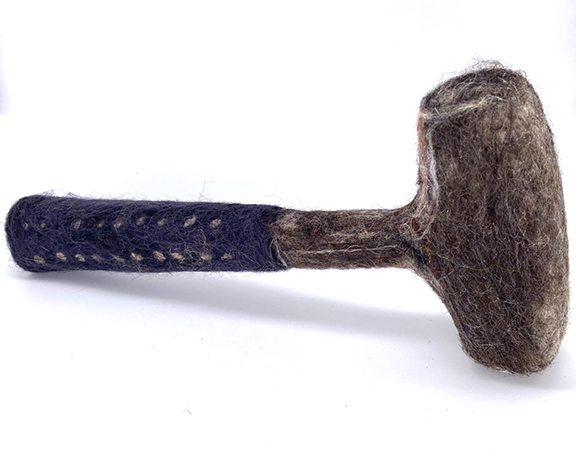 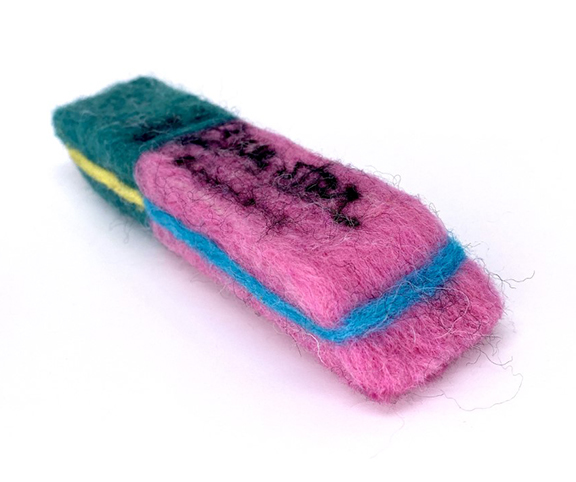 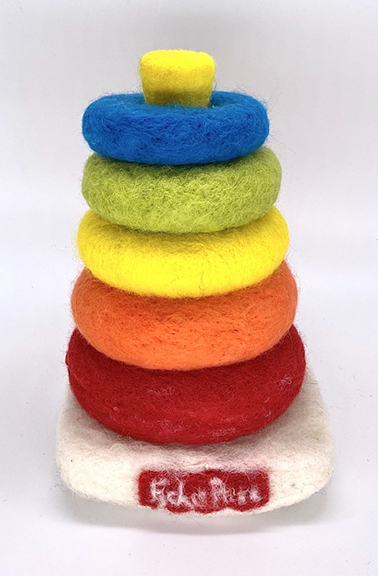 Traditionally known for his humorous and thought provoking paintings that often address such issues as gross consumerism, school violence, and societal pressures, artist Michael Mararian has now turned his attention to the world of fiber arts and the craft of needle-felting wool.

Everyday items such as plungers and cameras are meticulously recreated and brought to “fuzzy” life, creating for the viewer, a whimsical stage of contradiction and amazement.

Michael is a graduate of the Art and Theater program at the University of Bridgeport as well having studied at the Arts Student’s League in New York City. His work has previously been shown worldwide at Corey Helford Gallery and Thinkspace Gallery in Los Angeles, Bristol City Museum in Bristol England, Antonia Fraunberg Gallery in Dusseldorf, Germany, and locally at Hallwalls Contemporary Art Center and The Burchfield Penny Art Center.