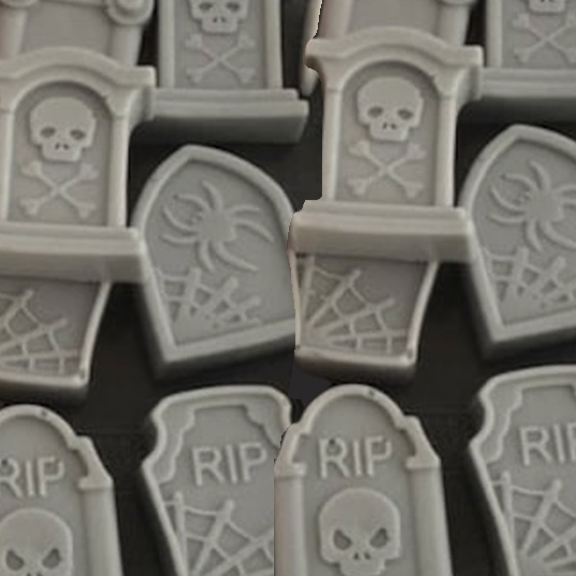 Tombstones– also known as headstones or gravestones, date back as far back as 3000BC, and were used to mark graves near home. They became common to churches and cemeteries towards the mid 1600s.

These markers were reserved for the middle and upper classes, and when Protestant theology became more popular throughout Europe, tombstones became a burial marker for all who chose to be buried. Each designed with a different symbol of personal markings or symbols denoting religious devotion.

This little tombstone shaped soap acknowledges October 31st, as this evening is said to blur the lines between the living and the dead, and naturally, celebrants began using tombstones as part of their decorations to honor Halloween. Made with sustainably sourced goat’s milk and scented with warming cinnamon, – a scent that is reminiscent of this time of the season!