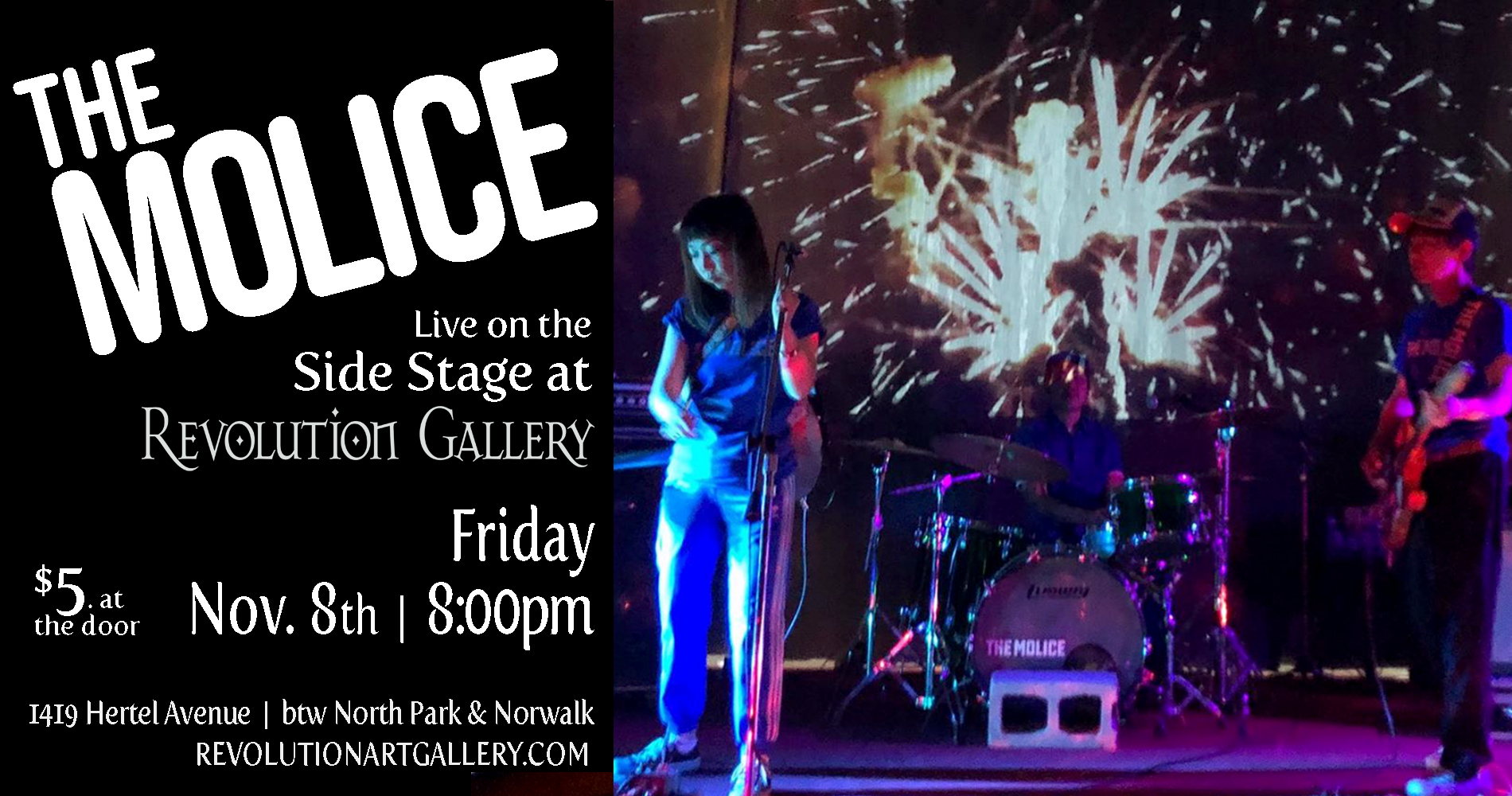 The Molice hammered out their own sound while playing in Tokyo’s numerous rock venues and on tour in North America, Europe and Asia. This East/West hybrid sound has a wide appeal by being both catchy and edgy, incorporating rock n’ roll, classical, dance, shoegaze, alternative, and post-hardcore elements. Lead singer Rinko sings primarily in Japanese, but in a melodic rock style, in contrast to the more popular idol singing style in Japan. Her lyrics are often romantic, but sometimes venture into sci-fi, inspired by movies such as Blade Runner and Fahrenheit 451.

“Molice aims for being something out of the film Blade Runner, with a new wave, rock’n’roll sound.”– Time Out

“Taking in the angular riffs of the Pixies, the dancefloor grooves of CSS, the odd Johnny Marr guitar flourish, dry female vocals and little pinches of shoegaze, rockabilly and soul, Molice’s sound is at once complex yet spare. Their new album, Catalystrock, is darkly thrilling.” – Metropolis